DigiFest speakers represent the best in their field!
From Top Producers to Gamers, Animators, Digital Artists, Directors, Actors and More.

He subsequently moved to Los Angeles in the early 90’s to pursue acting. Since that time, Teddy has been acting for over 25 years. He has appeared in a number of films, commercials and numerous television shows. In recent years, he has guests-starred in hit shows such as SWAT, Silicon Valley, Shooter, NCIS, Training Day, Hit The Floor, Franklin & Bash, House, American Horror Story and Castle.

Although he loves acting, he enjoys comedy/improv to keep life more interesting. His motto is “this Hollywood business is crazy, so you have keep laughing.” When he is not performing onstage, he enjoys video games, and is a true fitness buff. A self-professed, foodie, he often jokes that his true passion is really anything related to eating or cooking food. 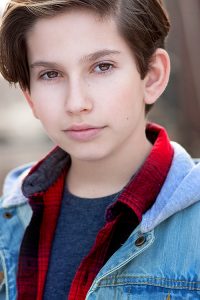 Roman Dean George is a child actor with credits to date that include, a co-star role on TRUTV’s Adam Ruins Everything, True Confessions, and a co-star role on Disney’s Just Roll With It. A Hulu Halloween short film, called The Hug, as well as a Crypt TV short called the Door in the Woods, with over 10 million plus views to date. Roman can also be seen in a 2018 award winning music video “Wyclef Jean” by Young Thug, and a recent music video directed by “Bad Boys For Life,” directors, Adil El Arbi and Bilall Fallah, called “When I Grow Up” featuring Wiz Khalifa, with 49 million plus views to date on YouTube.

Roman continues to develop his craft as an actor and a voice-actor, taking classes in and around Los Angeles with highly renowned industry coaches.

At 19, Jess self-produced the sketch show Wrecked Radio News, covering today’s alternative music. The series obtained YouTube Partnership, 3 million+ views & an international fan base before ending in 2014. She has portrayed roles in notable film, TV and web series including Vicky in “Rehabilitation of the Hill” and the 3x Best Actress-winning role, Daisy, in “A Funny Man”.