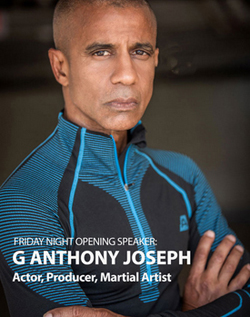 G Anthony Joseph guest stars on top TV network series and has produced several movies. The rest of the time he does what’s really important: raise his kids, love his wife of 27 years and talk philosophy, religion and politics with his 3 closest friends. Even though originally from Trinidad, he loves America dearly and will defend it’s founding principles till his last breath.

G Anthony Joseph will soon be seen in the feature film Wizardream co-starring with Malcolm McDowell and Ellia English. You’ve seen his work on  Contract Killers  The Vault  The Eliminator  Backlash

Born in California and raised in Nebraska, Ashley Eakin is a writer-director based out of Los Angeles. She was most recently selected for the Powderkeg Fuse Incubator, curated by Paul Feig, in addition to the 2021 Commercial Directors Diversity Program. Last year she was 1 of 8 women selected for the AFI Directing Workshop for Women and her project SINGLE was selected for the 2020 SXSW Film Festival and received the Special Jury Recognition Award. The film has played in over 30 festivals winning 7 awards and 2 nominations. Eakin was also the recipient of the New York Women in Film Loreen Arbus Disability Awareness Grant.

In 2020 Eakin was hired as a Staff Writer on an Animated Netflix series, featuring a character with a disability. Prior to working on her own projects, in 2019 Eakin worked for and shadowed Mark Pellington on the Quibi series SURVIVE filmed in the Italian Alps starring Sophie Turner and Corey Hawkins. Prior to this, Eakin was the assistant to film director Jon M. Chu. In 2017 she spent 5 months in Malaysia and Singapore working on his critically-acclaimed box-office hit CRAZY RICH ASIANS. She also shadowed Chu during the production of the Freeform pilot GOOD TROUBLE. Prior to working for Chu, Eakin worked for Beacon Pictures, in the writer’s office of the NBC scripted drama THE NIGHT SHIFT and for 10×10 Entertainment, which produces AMERICAS NEXT TOP MODEL.

Eakin’s short documentary THE DETAILS, featuring Henry Golding and Awkwafina was selected for the 2018 Hamilton Film Festival. She also directed a short film celebrating the 25th Anniversary of Cancer for College, which features CFC spokesman Will Ferrell and was screened at a sold-out event at The Greek Theatre. Her short film BLUE premiered at the 2019 LA Shorts Fest last summer.

In 2017 Eakin was featured in a SoulPancake video talking about her rare bone condition, Olliers disease and Maffucci Syndrome. The video went viral reaching over 50 million views. Her medical journey has immensely influenced her passion to pursue stories that advocate more diverse representation for people with disabilities. 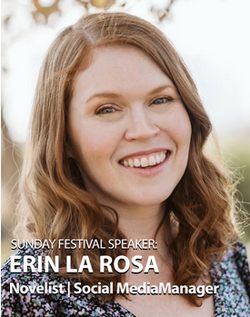 Erin is a Novelist, Social Media Curator, and performer living in Los Angeles. She received her MA in writing from the University of Southern California and a BA in fiction from Emerson College. Erin is the Social Media Director for Amazon Prime and the former Deputy Editorial Director for BuzzFeed.

Storytelling has always been a passion for Erin, and she has performed in such storytelling series as MORTIFIED, “Funny but True” at the LA Times Book Festival, and Sunday Night Sex Talks. Her fiction has been published on Storychord and Funny or Die. Her hilarious novels take you on a journey through the perils and triumphs of being a redhead, along with her love of whiskey, being an introvert, and various TV shows she’s obsessed with.  In her latest, Womanskills: Everything You Need to Know to Impress Everyone, you’ll find skills to make you more of a badass with helpful techniques and tips for cooking, money matters, style, relationships, home improvement, and more. Find it here.

Before Amazon and BuzzFeed, she worked for the comedy websites Funny or Die and MadAtoms, as well as E!s Fashion Police, Wetpaint, and Ecorazzi.

Originally from a small town in rural Idaho, but now living the “California Dream” in Huntington Beach with his wife and too-cute-for-words son. You’ll see a lot of 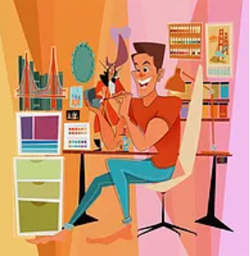 *retrotastic* flair of Southern California throughout his artwork!

In fact, you’re going to see a lot of different things; from creepy creatures to colorful caricatures of some of your favorite cultural characters! Whatever it is you stumble upon, you’ll find they all share a commonality of charm, kitsch, and endearing irreverence.​

It’s a mid-century wonderland with Hayden, and we are excited he will be doing a Digital Graphics Workshop on Saturday April 17th during DigiFest Temecula 2021!  Click here for more of Hayden’s wonderful artwork! 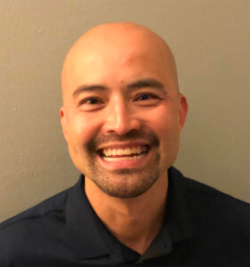 Van’s breadth of experience in feature animation, emerging technology, real-time game engine, films, broadcast, interactive media, academia, and business has given him a unique perspective and teaching philosophy. He loves solving problems and pushing boundaries of new mediums.  In addition to production work, Van enjoys teaching as it allows him to help students achieve their own “WOW” moments, and volunteers his time at various high schools and organizations in the bay area and at DSU.

His future goals are to continue to create “WOW” moments working on exciting projects that have social impact and purpose.  His last VR film Upstander recently premieres at the Tribeca and Cannes Film festival 2020.  Upstander recently won best 360 VR and proceeds from the distribution will be donated to charity. 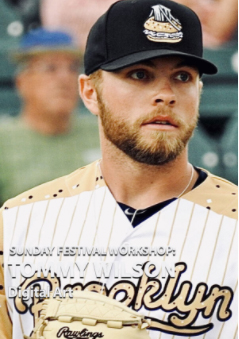 Professional Athlete with the New York Mets | Chick-Fil-a Enthusiast | Artist. I have a love/hate relationship with my ideas and my art. I strive for perfection, but realize the beauty in art is in the imperfection.